It is my honor to bring to you, the trailer for Alive and Unburied! Since this film has aired, it's been called to my attention that the photo of the bloody bed featured in the film has become a meme. I find this both funny, and in a strange way a sort of an honor. Anyway, th filmed premiered October 19th, 2013, and is brought to you by Sean Perry Productions and the Special Effects work of myself ( Krista Montgomery ) and my wonderful crew: Jesse Lechok, Ricky Vitus, Matt St 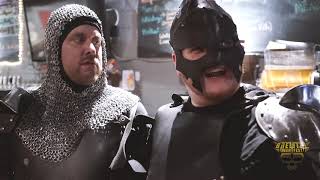